When our girls were little, they believed in Santa Clause. That caused us no undue panic. It wasn’t because we lied to them. But neither was it because we eagerly or overly embraced the whole Santa Clause cause. No, it was for two simple reasons. 1 We had a life. This means they interacted with the general public, neighbors, neighbors’ children, their little friends, and they attended public school. We also lived that life within a culture that, generally speaking, heavily promoted the Santa aspect of the holiday season. And 2 They believed in Santa because they had vivid imaginations.
Paul and I neither one, were interested, NOR did we have the time or inclination, to be so dogmatic and malicious as to intentionally denounce another person’s stance on Santa Clause. Especially since many of these other persons were both our close friends and friends of our own children. And furthermore, our children had an enormous number of imaginary friends, both conjured up from their own play time and from the many books they read. Yes, that’s right non-existent-though they may have been-just like Santa, these imaginary friends made them smarter, savvier, emotionally healthy, more generous, and more compassionate human begins. And I believe their fictitious friends most assuredly raised their IQ! And most importantly, imaginary friends allowed them to be children in a world and culture that wants to rob our kids of that precious innocent season of their lives. What? Imaginary friends (like Santa) can do all that? Yes! Just like imaginary books, you know the genre! FICTION!
So what’s the dilemma? The dilemma can exist for both Christians or non Christians alike. “Santa is not real. Jesus is real.” And/or “There are children all over the world who don’t receive gifts! How can we possibly perpetuate the Santa fallacy?”
Those parents entrapped by the Santa Clause dilemma usually fall into one of two opposing camps. Those who want to promote the big snow bearded guy as truth for as long as possible. And those who want to debunk the theory from the time their child exits the womb. Those in the first camp are died in the wool Santa fools. (I mean that in the nicest of ways.) These folks not only leave Santa cookies and milk, but they also leave feed for the reindeer. They totally embrace Santa on a deep level with their children-not only in fun-but as an intricate and necessary element of their childhood-which it clearly is not! They get angry when someone on the playground or on a public school bus spills the beans about Santa (and his reindeer.) To this camp, I would say good luck trying to keep the conspiracy going until YOU are ready to sit Junior down and tell him yourself. If you live in the “real” world, you cannot avoid the unavoidable. Don’t die trying.
Then there are the anti Santa Clause crusaders in the other camp. This group of parents believe it is their sworn and Godly duty as parents to craft the perfect plan to prevent their children’s minds from being ruined by believing in the jolly old guy. Furthermore, it’s also their duty to let others know they are lying to their children, and they feel completely justified in telling other people’s’ children the truth about Santa (as if they are never going to find out on their own!) This group will struggle with every form of imaginary play engaged by their child, that doesn’t cut the mustard with their own self-imposed censorship. And good luck with that too.
To both of these camps, I would say that these parents often live in the land I like to refer to as UNreality. Both of these camps need to realize that the world neither revolves around you or your child.
For us personally, we thought, “how bad can this Santa character be for our kids? He’s loving, compassionate, generous, and big and plump with rosy cheeks. And he’s PRETEND!” We left the cookies on the mantle for Santa. We hugged our kids when those little eyes sparkled at the thought of Santa and his sleigh. But we also required from a very young age, for them to buy and donate toys and clothing to the less fortunate. We shared (still share) our faith, did (still do) advent and taught them (still teach) about Jesus. And somewhere along the way, those little girls became big girls with servants’ hearts. There was no trauma, drama or necessary therapy. Just one day they figured the Santa thing out. I think we had it easy because we chose not to languish in either of those pointless camps. We just let them be kids, and we just left everyone else alone with their version of the Santa Clause story. Whether you are for Santa or against him, the harder you charge, the more needless drama and trauma you inflict on others and possibly even on your own kids. Please spend your time and energy on the things that matter in parenting: Rearing kids that become constructive, generous, compassionate, adults. And leave the Santa dilemma behind. Because. It. Just. Doesn’t. Matter.

“These things will destroy the human race: politics without principle, progress without compassion, wealth without work, learning without silence, religion without fearlessness, and worship without awareness.” Anthony de Mello 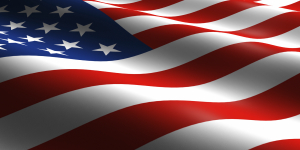 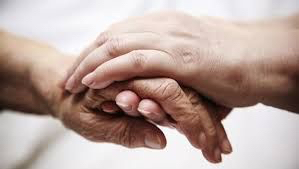 Courtesy. Respect. Kindness. Forgotten fundamentals.
There are many events in history we can undoubtedly pen as building blocks of this country. Valor. Courage on the battlefield. Skyscrapers. Inventions. Industrial progress. Technological and digital advances. But what we don’t often think of when we are considering forward progress and advancement in this great country we live in, is how such fundamental behaviors as courtesy, respect, and kindness figured into that equation. Were these behaviors absent in the early settlers of America? When The Great Depression of the 30’s was king, and later, when economies rebounded? Were they completely nonexistent when the largest allied effort ever-set foot on the beaches of Normandy, France in the fight against the most evil triple axis of the 20th century? Were these basic behavior characteristics not present when women were given the right to vote in 1923? When battles were fought, wars were won? When railroad tracks blazed a line westward, when cell phones were invented, when civil rights were forged with blood and tears, when canals were dug, when a country adorned the trees in their front yards with yellow ribbons, when championships were lost and won and when gold medals were donned and the anthem played? Were they absent when Apple Macintosh debuted their first computer? When scaffolding was a sign of growth, and when families ate dinner around the table together? Was kindness, courtesy, and respect a part of this nation’s infrastructure that grew at maddening speed out of deliberation and hard work? Did courtesy and respect ever in our history play any part of the exponential growth of this young country into a world power? Did it? Or was it only IQ and a drive for money that saw such progress? Is the equation in retrospect only brilliance (IQ) + satisfying basic needs (making money) = present day world power? I don’t think so. Common courtesy most certainly did not always accompany our every effort. Neither kindness or respect could be seen in the brutality that often accompanied our country’s expansion. The very lack of kindness, courtesy and respect, in a large part, prompted the fight for civil rights in the 60’s and later. But I think at every juncture, at the center of every campaign and effort set forth in this country, there were both common and extraordinary people whose efforts exuded kindness and respect as virtues necessary for progress. Moms, Dads, school teachers. Soldiers, preachers, and common laborers and yes even politicians. Neighbors, children, teenagers, parishioners, store clerks, and doctors. But somehow we have suspended the need for such common courtesies. Thank you. Please. You’re welcome. Can I help? Friendly driving. Holding the door open for someone. Looking the person in the eye when you speak to them. Answering messages. Good morning. Good evening. Listening before speaking. Respecting authority. Showing interest in others. It’s almost as if we have unilaterally decided that we have come so far and now have so much, that kindness and courtesy is no longer required or necessary for growth and progress. As if that were the only reason to show respect and courtesy to others. It’s as if we have replaced these traits with the need for vengeance, self entitlement and paying back wrongs with wrongs. When I substitute teach, I am often aghast at the lack of respect afforded subs and teachers alike. Just driving from point A to point B affords a lesson in how to be rude and selfish. Even at church, kindness and genuine openness seems to be a challenge for many. Sadly Christmas shopping seems to bring out the worst in so many whose season of peace and good will is completely lost in the madness of being the first in line. Go through the list of common courtesies named in the sentences above. Somewhere along the way, we have failed as parents, teachers, preachers, neighbors, drivers, builders, expanders, innovators, coaches, presidents and as human beings to show and to teach others the virtues of common courtesies and yes, the success that accompanies that. Most importantly when we fail to value these common fundamental behavior traits, then our children fail to value them. And so in this department, we fail our children. Our children are truly the future. We may raise kids who are successful in business and in athletics, but will we raise kids who are able to see the value in kindness, not only for themselves, but for the continued growth and health of this great country that we live in? Are the two connected? I think the answer is a resounding “yes!”