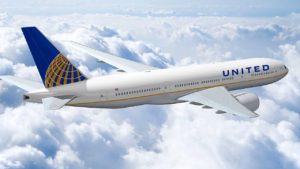 The incident that has spiraled into hellish proportions across the media, and in and out of the annals of cyberspace (as incidents via the annals of cyberspace always do) demands a thorough evaluation. (You know the one: a paid passenger is informed he has to disembark from his flight; he refuses; subsequently, the police are asked to escort him off; he still refuses; and then-well the situation goes to hell from there??-Yes, that one.) But in order to evaluate this incident at United Airlines, there is a bigger problem in our American culture that precipitates this one which demands our attention. Moreover, it demands our unbiased input. It demands our intellect. It demands our common sense. It demands our courage. And, as I always tell my three nearly grown-up daughters, if you don’t have anything to bring to the table, then stay home. In other words, if all you can do is rumble, rant, and threaten, you’re counterproductive to discussion of policy, politics, and community building. Do you really and truly want what happened with this Republic Airlines flight to never happen again? (Yes, it was actually not a UAL flight. They were not UAL pilots boarding the plane. It was Republic Airlines. But that is neither here nor there.) If you can say, “yes, I wish this could’ve ended differently, could’ve been handled differently, and would’ve had a different outcome,” then read on. Otherwise, just quit reading now. Go do whatever it is that makes you happy (complaining.) This incident with UAL flight #3411 begs the question that is in front of every American teacher, cop. and customer service agent (private or public sector) every. where. When the rules dictate certain processes and/or when a situation necessitates a student (for instance) to switch desks or to put their phone away in class, and IN those cases, when the person absolutely (wrongly) refuses to comply with the person in the place of authority, what options do those in the place of authority have for doing their job? I mean really. What options do they have? I am all for not dragging a student out of the classroom by their hair or a passenger off the plane by his limbs. I think we all agree on this. But let’s sit down together and agree that first of all, people cannot just blindly disobey authority-not in a free society! I am not talking about teachers, cops, or customer service agents who are abusing their jobs or acting criminally. I am saying when they are doing their job: Writing a traffic citation; executing a legal warrant; asking a student to put their phone away during instruction (I experience this frequently); telling a pass traveler there is a dress code for pass traveling (had this happen to me); requiring a dress code for the professional work place. In those cases, when protocol is being followed, when what they are asking is absolutely reasonable and expected, what in heaven’s name, can the person in authority do when a student or a criminal suspect or an employee or a customer looks them straight in the face and says “NO!” Do we insist on promoting anarchy in a country that actually became a country based on a constitution where laws are imposed and enforced so that we can be the kind of free country where the exercise of our rights and our freedoms are protected not by the exercise of our rights, but rather by the enforcement of rules and policies that actually anchor those rights. Alarmingly, we are becoming a country where our own individual and personal rights (as we see them) trump everyone else’s rights, and the very rules in place that protect all of us. And as the smart phone cameras are rolling, people (students, customers, criminal suspects) quickly and clearly understand: “I can say NO! I can physically refuse to comply.” Why? Because they believe and know that the minute I lay a hand on them to escort them to where they need to go or the minute the police officer goes to execute an arrest warrant, that they can fight, resist, hit, kick, and scream. It will be filmed (that’s a given) and it will be ugly. They know and understand that if they go crazy, the chance is great that their behavior or wrong refusal to cooperate will be diminished and/or mitigated in the light of a physical confrontation that they know looks really bad on film.

But the preferential choice of anarchy in our country to authority figures: teachers, police officers, customer service agents, is frightening when you have children you are sending out into this narcissistic and selfish world to live on their own without the safeguards that are naturally in place inside our house. All of this tyrannical resistance to authority is further aggravated by cases and events not being considered on their individual merits but ALL grouped into a “one size fits all” category. This reckless and truly ignorant way of approaching every conflict we see on the news that takes place between a person in authority and a customer, citizen, suspect, or student is ripping away the very fabric of our nation’s security and it is undermining our teachers, our education system, and the course of living peacefully in our daily lives.

We have three daughters. I will repeat what I said earlier in this blog. We have told them that in the area of politics, policy, ministry, education (their high school and colleges), if there is something they don’t agree with, they better know that there is never an excuse for shutting down the conversation or for misleading others because of their own inability or refusal to gather information and to sort out fact from fiction. I have told them if they don’t come to the table with something to offer, then don’t come to the table at all.

And NOW, a honeymoon couple on a UAL flight who continued to try to switch to an upgraded seat after repeatedly being asked to stay in their own seat is removed and rebooked. In a Boeing 737-800 like the one the couple was on, United considers Row 21 “economy plus,” which is an upgrade. UAL released this statement: “These passengers repeatedly attempted to sit in upgraded seating which they did not purchase and they would not follow crew instructions to return to their assigned seats. We’ve been in touch with them and have rebooked them on flights tomorrow.” What this couple tried to do is shoplifting. I mean would you go into a store and carry something out without paying for it? (In this self entitled world we live in, I am afraid the answer to that is becoming yes, yes, and yes.) This is precisely the same thing as walking into a restaurant and stiffing them by not paying your tab. Or retail shoplifting. What kind of person marries the kind of person-that on one of the first days of the rest of their life together-they would practice-not humility and truth-but self entitlement and rudeness?

You know what? There IS a discussion of policy on bumping passengers that needs to happen. I once tried all day long to get from Oklahoma City to anywhere on the east coast that could deliver me to my home (at that time) in Germany. After a very long day in the airport, I was bumped by a paid passenger who literally showed up for the flight just as the doors were closing. Only I was in my seat and strapped in. Talk about disappointing. I stepped off the plane and eventually got to my destination. But blaming an entire airline for this incident or the one on flight #3411 is reckless and unfounded. Oscar Muñoz is sincerely a great CEO. He brought this company together at a time when the various work groups were quite discombobulated (in a post 9-11 season of unrest and uncertainty.) He did this largely due to his ability to unite people from all demographics, groups and positions. He is a breath of fresh air to UAL and to Corporate America.

My fear (which often keeps me awake at night) is that we are becoming a country, a culture, where generosity and compassion and caring about others is secondary always to “me, me, me.” It only follows then that a pervasive negative and volatile attitude towards those who have the right to tell us “you can’t do that,” becomes an epidemic. Today, (it just so happens), I have a class full of 7th and 8th graders to whom I am delivering a lesson titled “Taking Responsibility for Me.” Wow! Sadly, I have great concern that my expectation for these children to learn this very important attribute for living and for being successful is heavily overshadowed by literally millions of adults in their communities and in their personal lives who have failed to learn and adopt this character trait themselves.