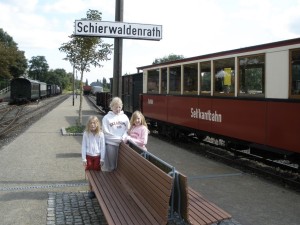 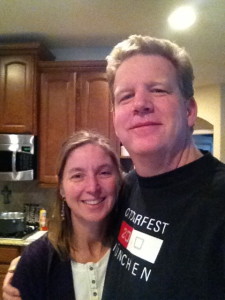 I told my husband nearly 19 years ago, that I would follow him to the ends of the earth. I never thought that involved Texas. You know how you say things when you are young and in love and all that?  Okay, okay…I said it. So that’s that! Short story: We just returned from a 4 year tour overseas. We lived in a beautiful area of rural Germany (not much of Germany isn’t rural) surrounded by wonderful neighbors, bike riding paths and running trails, cafes, and well-just a short 4 hour drive to Paris-(France, not Texas) Not to mention, we lived on the borders of Holland and Belgium. The Rhine and Mosel River valleys, Brussels, Amsterdam, and many other beautiful places were simply, a day outing.  Cobblestone and castles were icons in a place where-incredibly-history, in all its glory seemed eerily and beautifully frozen in time. Then my husband retired from the Air Force. He took another job based in Houston, and here we are.  I was devastated to leave Europe.

When we lived in Germany, I used to get so put out with some of my American counterparts who complained constantly about cultural differences between the states and Europe. “No 24 hour shops, the roads are too narrow, the people here are so different, they don’t speak English” (most of them do actually), and the list went on and on. It was so very frustrating to hear such rhetoric when it was plain to see that one was enveloped by such incredible surroundings, diverse cultures, historical sites, and just plain jaw dropping beauty. My response was “This is not America. So it is not going to look like or act like America. These people are not Americans. They have different styles, demeanor, and YES, a different language. You are not trading in your American citizenship if you stop for a minute and enjoy your time here. Embrace it and open up your heart to the people here. Quit complaining! Enjoy the rare privilege of living and learning in diverse and fascinating cultures.”  Sometimes  you could get through to the “complainer.”  Other times, the wall of resistance was too tough.  What was their problem? Well, simply put, they were filtering their experiences through the wrong lenses. They compared everything to what they knew-in this case, their own country and its culture. They had no adventure lens, no curiosity meter, no ability or desire to stretch themselves outside of their emotional and material comfort zone. The result: their time was not as exciting as it could have been; their sense of adventure was null because they were always wishing they were back in the states; and their joy meter was pegged at an all new low!

Wait! I think I just described myself. Since arriving in Texas on August 1, I have  constantly compared my new place to the old place: noise level, restaurants, schools, people, dance studios, men, women, drivers, sticker prices, dogs, cats-you get the picture-just about everything… I am no longer the antithesis of that close minded American that frustrated the daylights out of me in Europe. I have effectively become that person. Even my husband, whose patience has been stellar, finally spit out the proverbial statement, “Judy you aren’t in Europe.”

There are so many horrible situations that so many people are suffering daily:  serious illnesses, lost loved ones, unemployment, estranged family members, betrayal, all things that make my recent transition pale in comparison.  I wholeheartedly embrace this truth. But we all know, when our attitude is poor and our hearts are broken, we cannot expect that we are doing all the work that our Creator has for us to do. We can’t be loving our families, serving others, and making positive impacts on our communities when we are immersed in the pit of self pity and whining about circumstances that cannot be changed.

Answer: Change out those lenses.  I have to put on my adventure specs, get out there and get off my tuff, act like a grown up, and be who God created me to be-Right here. Right now. In Houston. And when I do, I am pretty sure everything’s going to be all right.